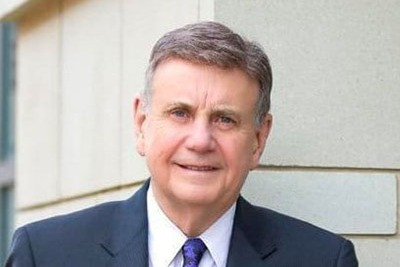 Another day, another death, another casualty of the war against the police, and the loved ones are left behind to mourn. We are obliged to mourn with the bereaved and to ACT! NOW!

Fund the Police
Expand Training
Reward Achievement
Teach appreciation in the home and in school.

Speak on behalf of Qualified Immunity (Define and comprehend "Qualified")

Blue represents loyalty and fidelity. Symbols are essential to cultures and classes. The women and men of law enforcement stand in the gap between the lawless and the citizen. Many have died defending that line. When the lawless become empowered and the law-abiding become fearful it is only the thin blue line that can protect us.


The weight of the badge can feel like being hit by a freight train. Pursuing a law enforcement career means dealing with chronic stress. Conflicting expectations impose an additional layer of complexity in the daily lives of police officers. On the one hand, an officer’s professional conduct is governed by rigid rules and procedures; on the other, officers are frequently confronted by complicated circumstances that require instant evaluations in situations that don't fit established practices. Consequently, police officers are subjected to unrealistic expectations by a public swamped by erroneous negative portrayals and expected to endure unwarranted, arbitrary and willful abuse from the deliberately provocative, who make a game of challenging authority, because they have been empowered to do so. That's on them, but on us too if we remain silent.

This aberrational conduct must be curtailed immediately and then terminated, as inimical to the foundational standards of a humane society.

"The hottest places in hell are reserved for those who in times of great moral crises, maintain their neutrality." Let this serve as a clarion call to "Back the Blue," to resist and oppose the propaganda that distorts the logical meaning of this indispensable call to action, to get off the sidelines, neither intimidated or thwarted, in our full-fledged support of our guardians.

Keep in mind the description of the police officer rendered here, in part, by Paul Harvey:

"He (or she) must be such a diplomat that he (she) can settle differences between individuals so that each will think he won.....He or she must be first to an accident and infallible with a diagnosis, must be able to start breathing, stop bleeding, tie splints and above all, be sure the victim goes home without a limp or be sued.”

The average policeman is exceptional, unusual, not commonplace: part peace-keeper, law enforcer, medic, social worker, hostage negotiator and a fallible human being...."has hands, organs, dimensions, senses, affections, passions as the rest of us. Fed with the same food, hurt with the same weapons, subject to the same diseases, healed by the same means, warmed and cooled by the same winter and summer as we are."

Stop the madness. BACK THE BLUE.